Council meeting videos can be viewed on the city’s Youtube channel. 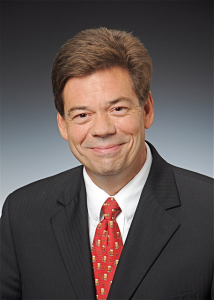 Eric Haas began serving on City Council in 1997. He is retired from his family’s business, National Band & Tag Co.  He is the co-founder and co-owner of the Hofbrauhaus in Newport, Pittsburgh, and Columbus.   He and his wife, Jan, have 3 children; Lan, Ryan, and Erin, and 7 grandchildren.  Eric is a graduate of Highlands High School, 1974, and Hanover College, 1978. He is a member of St. John’s United Church of Christ, Newport.

He currently serves on the US Bank Board of Advisors Cincinnati, the River Cities Government Coalition, the Campbell Leadership Action Group, Hanover College Board of Trustees, and is a member of the Fort Thomas Lions Club. He is a former Newport City Commissioner and a former chair of the Northern Kentucky Chamber of Commerce, and also served on the Kentucky State Chamber Board of Directors.  He also helps Jan and their daughter, Erin, with Trent Montessori. 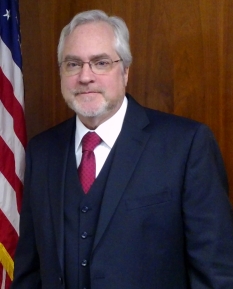 Ken is a long time resident of Fort Thomas.  He was the founder of Bowman’s Framing in 1988 and operated that Fort Thomas business for thirty years.  The business was sold in 2018 and is still in operation under new ownership.  The sale made it possible for Ken to focus his efforts on real estate sales, which began in 2005 with Huff Realty where he is still an associate today.

Ken currently serves on the Public Utilities and Buildings Committee, the Law, Labor and License Committee and is Chair of the Public Works Committee. 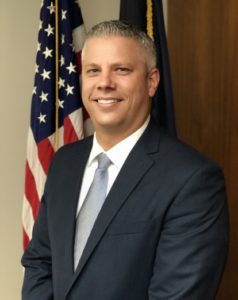 Jeff and his wife Denise are raising their three girls Lily, Isabella and Harper. He is a life long resident of the city, is a graduate of Highlands High School and has a B.S. from Western Kentucky University.

He works in the Medical Device Industry and has a passion for purchasing/rehabbing houses in Fort Thomas and surrounding cities.

This is Jeff’s fourth term on council. He is the Chair of the Recreation Committee and a member of both the Finance Committee and the Public Safety Committee. 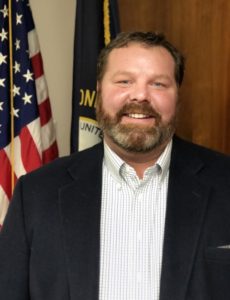 Adam is a lifelong resident of Fort Thomas and a graduate of Highlands High School.  He resides in the city with his wife, Hilary.

This is Adam’s second term on city council.   Adam has volunteered his time on several committees including the Sesquicentennial Celebration, Merchants and Music Festival, and was the Co-chair for the Fort Thomas Renaissance Board where he helped create the annual Veteran’s Day memorial event. 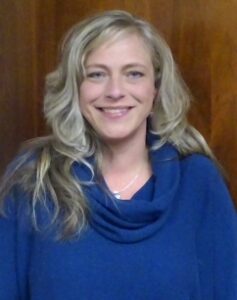 Ben was raised in Fort Thomas and graduated from Highlands High School in 2005. After obtaining a B.A. in Political Science from Denison University in 2009, Ben moved home in 2013 to pursue a career in sales and re-establish his roots in town.
Ben is passionate about public service and grateful to learn leadership, fiscal responsibility and good stewardship of the public trust from elected officials on the local, state and national levels.
This is Ben’s first term on Council. He is Chair of the Finance Committee and is a member of the Law, Labor & License and Public Safety Committees.
Ben is a member of the Fort Thomas Lions Club and Christ Church UCC.
Ben is engaged to be married to his fiancé, Devin, in June 2021.

Roger Peterman was chosen by city council to replace Connie Grubbs for the rest of her term. (December 31, 2022).
Roger previously served on council from 1999 to 2020.

Contact Us Like Us on Facebook Next Events Frequently Asked Questions Welcome Package
City of Fort Thomas
The City staff will be providing services at the Armory (950 S. Ft. Thomas Ave.) while the city building is being remodeled. You are encouraged to make contact with City staff via email, fax or phone or use of a drop box location.  A staff directory is available on the Contacts page.  The main office line is (859) 441-1055.
We will update postings on the website and city Facebook page.
All emergency operations are in full operation at this time. Rumpke is still maintaining regular waste collection schedules.