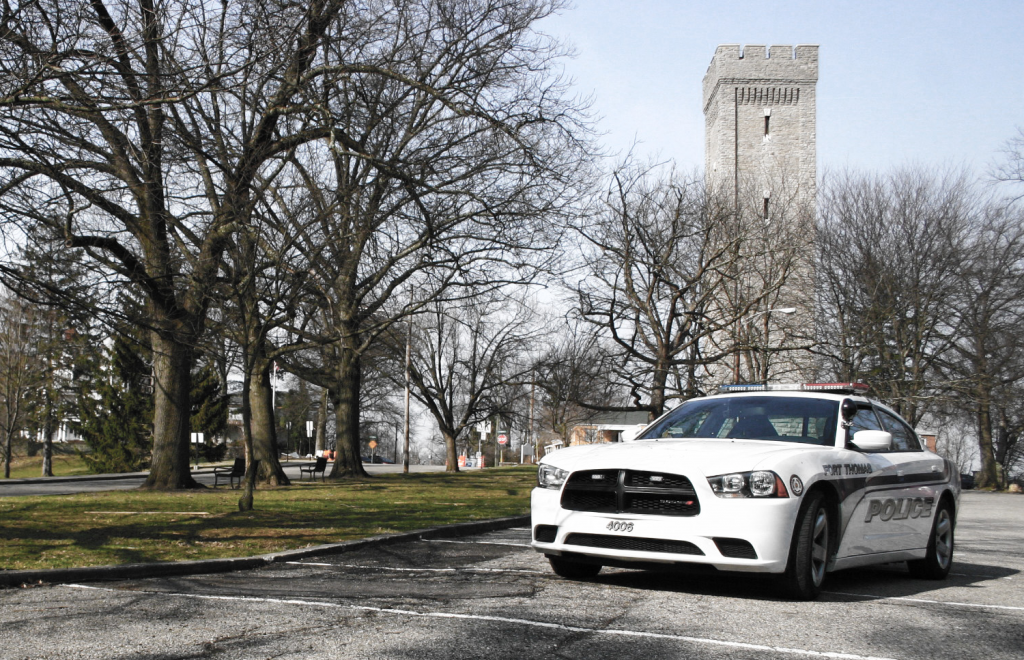 Chief Kilgore began serving as Chief of Police on August 1, 2018. After a short retirement at the end of 2019, Kilgore returned to the position in early 2020 with the support of the Department and the City Administration. Chief Kilgore is very personally invested and well-known in the Fort Thomas community. He began his policing career in Fort Thomas in 2000. During the course of his career, he has served in a number of positions including detective, sergeant, lieutenant, field training officer, SWAT Team commander, media officer, and bike patrol officer.

Contact Us Like Us on Facebook Next Events Frequently Asked Questions Welcome Package
The City staff will be providing services at the Armory (950 S. Ft. Thomas Ave.) while the city building is being remodeled. You are encouraged to make contact with City staff via email, fax or phone or use of a drop box location.  A staff directory is available on the Contacts page.  The main office line is (859) 441-1055.
We will update postings on the website and city Facebook page.
All emergency operations are in full operation at this time. Rumpke is still maintaining regular waste collection schedules.